Welcome to the UK Focus opportunity

Currently interest rates are stable, the economy is recovering, and unemployment is low. The rise in property prices is due to affordability, the pure economics of supply and demand, and the fact that the banks have finally come back into the market. This and the continual influx of migrant labour into London provides a solid opportunity to invest in this market. 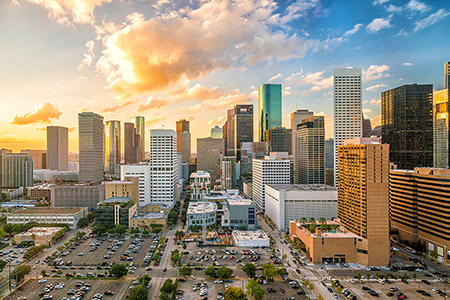 The market has adapted, and the underlying factors behind the property price increase are affordability and the basic principles of supply and demand. This graph below shows interest rates over the last 38 years, and you can see that they are being maintained at a level that is below the averages. In fact since 5 March, 2009 until now, they have been maintained at 0.5%.

Here are some vital statistics:

Based on these criteria, therefore, house prices will continue to increase although at a far slower rate, while they adjust to allow for spending power to come into line with house prices. This is not to say that house prices will not drop; there are many unexpected factors that could affect the market, and as the market is at an all- time high, it is very susceptible to economic shocks. This is overcome by ensuring a long-term strategy is in place and buying property which is based on good rental returns.

London vs the Rest of the UK

London has outperformed the rest of the UK market by 2.5 times. This is also consistent with the long term trends for the duration of nearly 40 years.

It is for this reason that we have always only focused on property inside the M25 (London). You will always be told that you can get better deals, better yields, and lots of other stories, but the long-term trends prove that London has better capital growth and also better long term sustainable yields than anywhere else in the country.

House prices have never been higher. 2013 has marked the time when the property market recovered from the 2008 financial crisis. Prices are up £5,796 over the past year thanks largely to a significant increase in mortgage lending to first-time buyers. House prices are growing steadily, signifying that long term recovery is becoming a reality. Mortgage lending, in May, was up by over a fifth compared with April and 17% stronger than a year ago, while the number of first-time buyer mortgages are at the highest since 2007.

Typically, the property market flourishes in the summer and July sales are the highest, so far, this year. But the improvement is more than just a seasonal trend. The market is palpably stronger than a year ago, and confidence is returning to lenders and buyers. The ‘Funding for Lending’ scheme can take plenty of the credit, as can ‘Help to Buy’. Both schemes have helped banks boost first-time buyer lending by providing them with credit to offer more loans to new buyers, and reduce rates on house purchase mortgages. Funding is more accessible for lenders, while banks are more confident than they were six months ago; which bodes well for the future.

But this improvement continues to be powered by the strong performance in the capital, where prices are rising far faster (7.1%) than in other parts of the country. Domestic and foreign buyers’ interest for bricks and mortar in London appears to be undiminished. Supply is restrained, and without a sudden rush of properties hitting the market prices will rise even more over the coming months. The bottom line is that the divide between London and the rest of the UK housing market is deepening, with parts of London operating at an entirely different level from the rest of the country, and even from the rest of the capital.

Despite this overall improvement in the market, the level of first-time buyer activity is still around half of what might be considered normal levels. Both the lack of housing supply and rising competition in the property market are supporting prices, but at the same time making it more difficult for first- time buyers. The government urgently needs to address housing supply if it is serious about boosting home ownership levels. One way would be to remove stamp duty which is a disincentive to.

On an annual basis, the average house price has increased by 2.6% since July 2012. This level of house price inflation is below that of the ONS annual Retail Price Inflation (RPI) Index of 3.3% for June 2013, so – in real terms – house prices have fallen over the last 12 months.

Based on the evidence from the statistics over the last 18 years, transactions in July are typically higher than in any other month in the year. The early summer months are favoured by potential buyers for property searches with longer daylight hours, and hopefully better weather influencing the purchaser’s decision to buy. It needs to be remembered that transactions at the Land Registry, on which we base our statistics, are recorded on the date of house completion rather than offer date. This means that transactions in July are based on offers made in June, or on occasion, even earlier in the month. As the schools break up, many families take their holidays with a consequent falling away of transactions in the later summer months. This year we estimate that there will be approximately 68,000 housing completions in July, which is the highest level of any month over the last four years and the highest figure for the month of July since 2007, when there were 121,000 sales.

During 2013 we have seen a gradual increase in housing sales when compared to 2012. Our current figures indicate that there has been a 5% increase in sales over the first seven months of 2013 compared to 2012 (with this estimate probably erring on the side of caution). Indeed, looking at Q2 2013, compared to Q2 2012, transactions are up 12.5%, so the middle part of the year is proving to be far busier than anticipated. So why the change?

The main factor has been the easing of credit conditions, enabling more potential purchasers to obtain a mortgage. The mortgage lenders have been assisted by the Bank of England’s “Funding for Lending” scheme, which has resulted in more competitive products being offered in the market place. This is especially true of lending to first-time buyers as discussed above. According to the CML “First-time buyers accounted for 45% of all loans for house purchase in May 2013, similar to the levels of the past few months, but considerably higher than the 38% seen on average since 2007.”

The weather, and the Olympics, suppressed both demand and sales in 2012. There were record levels of rainfall between April and June 2012, which literally dampened demand for housing. We should perhaps therefore not be surprised to see the opposite effect of an increased demand for housing in the early summer months of 2013.

Greater London continues to dominate the housing market in terms of annual price changes, with house-price inflation over two and a half times that of any other region of England and Wales. For the sixth month running, East Anglia takes second place and joins Greater London in being one of only two regions in the country with annual price increases higher than the average for England and Wales, as a whole. The figures below are annual percentage changes over three months, centered on June 2013.

All ten regions in May 2013 showed a decline in the annual rate of house-price inflation compared to the previous month. We did, however, explain that this was due to special circumstances relating to Stamp Duty changes in 2012. In mid-2013 the statistics returned to a more normal pattern with six of the ten regions showing an increase in the annual rate of change, compared to the previous month. Despite a small upward movement this month in its annual rate of price change, Wales continues to experience the greatest fall in house prices of all the ten regions in England & Wales. Wales has now been at the bottom of the house price growth league for seven of the last twelve months in 2012/13.

Let's Get In Touch!